There are two main types of common truck jacks, rack jacks and screw jacks. Rack jacks are more common. According to the shape structure, they can be divided into herringbone and diamond-shaped rack jacks. The rack has a rotating machine, a rack and a gear. By rotating the rack, the supporting vehicle is supported, and the structure is simple, the volume is small, and the bearing capacity is limited. The screw jack relies on the thread structure to self-lock and support the vehicle. The operation is relatively laborious, but the bearing is heavy, and it is used in large SUV models. 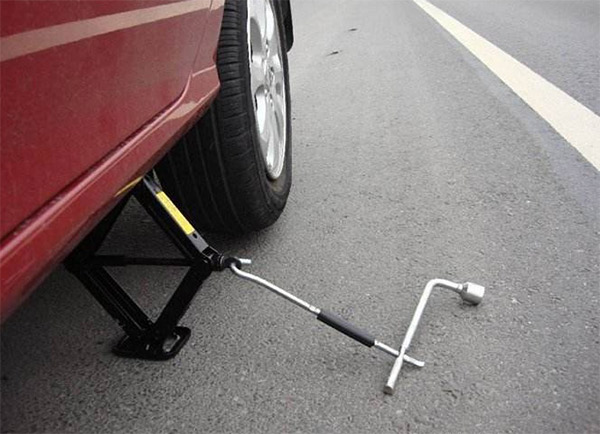 There are a lot of points to note about the use of jacks. Generally, the jacks of different models cannot be applied to other models, which is related to its load-bearing. Before using, we must first ensure that the car has been stopped. If the car is not fully fixed, the jack is likely to slip due to the movement of the car during the support of the car. If the car slips off the jack, it is likely to damage the jack and also damage the maintenance personnel under the car.

The support point of a general family car is on the inside of the side skirt, about 20 cm behind the front wheel, and about 20 cm in front of the rear wheel. If the car jack is supported elsewhere, such as on a suspended hem arm or on the steel plate of the car's chassis, it is likely to cause some damage to the car. The specific support point can withstand relatively large pressures relative to other places. After finding the support point, everyone should pay attention to the use of jacks to lift the car must be steady, slow, do not use too much force, too fast, so it is likely to damage the jack.

Therefore, when you use the jack, you must pay attention to the use of the method, accurate use can play its role.